You can’t escape the headlines, news feeds, print media. All the news outlets are chanting about the same topics: Inflation! Interest rates!

Yes, the changing economy is news. The numerous opinions about what is next are all based on someone’s point of view. Recall prior to the pandemic, businesses were healthy; if a worker wanted a job, there was one available. Interest rates and inflation were low. Then the pandemic shut down the world economy.

The U.S. government stepped in with much needed assistance for businesses and citizens with forgivable loans and direct grants to individuals and families. The Federal Reserve’s balance sheet, the entity that prints the money, grew from $1.5 trillion in 2008 to $8.9 trillion today. So $7.4 trillion dollars has been pumped into the economy over the past 14 years. That’s a lot of money sloshing around in the economy. Logically, at some point the excess that is not needed in the economy (inflation) will need to be taken out. How does that happen? One of many methods is that the Fed uses the interest rate as one of its financial levers on the economy through the banking system.

The mergers and acquisitions (M&A) and small business brokerage industries have been very active through the past several years. There are many reasons and motivations that explain why business transitions have been so robust, including the great resignation, aging boomers, the search for independence and freedom of choice, wanting to be in control rather than be controlled. The business transfers started to pick up momentum in 2015, escalated through the pandemic, and continue though today.

The reason for this sustained business M&A activity is largely generational. Since 2009, many owners have decided to sell a business and begin the next chapter of their lives. Navigating many obstacles has slowed down the process, but not the enthusiasm to sell. The financial calamity of 2008-2009 and the search for direction following that financial collapse, as well as the pandemic, were major glitches.

When uncertainty began to clear from the 2008-2009 collapse of the financial markets, desire to sell could not be contained any longer. Many sellers had to exit either because of age, burn out, health, or family concerns.

Buyers had access to capital to acquire healthy businesses. Companies with solid business models and cash flows that were sustainable, sold. Interest rates throughout that period were very accommodative. Good businesses sold. Not so good businesses did not. The fundamentals that support M&A activity had not changed. Good businesses sell regardless of other circumstances.

Now we are experiencing the process of removing the excess money that is not needed by the economy to grow at a reasonable rate. Remember, the Federal Reserve interest rate in 2008 was 5.25% just prior to the collapse of the financial markets. In 2009, they dropped to 0%. The June 2020 announcement from the Federal Reserve pegs the rate at 1.75%.

Look at the movement and change in those numbers from 2009 to 2022. Logic would indicate that interest rates are still too low, and that we will be seeing additional increases. Ask yourself…  is that actually bad? Where should interest rates be logically?

The relationship of the Federal Reserve to the economy has been likened to a spiked punch bowl at a party. The punch is great at the start. Leave it unattended too long and the party can get out of hand. Well, the Federal Reserve left the punch out for too long. It’s time to sober up.

The point of this article is that the economy and interest rates are episodic and run in cycles but over the long run, the trend line is generally slanted to increase. Don’t be paralyzed by the scary headlines media outlets and those who benefit from financial panic use to sell their services. Focus on long-term cycles and make decisions accordingly. Remember, everyone is an expert… just ask them! Disregard the noise and bluster and think for yourself.

The fact remains, good businesses sell, bad businesses don’t. Don’t make long-term decisions like whether to buy a business based upon short-term thinking or fear. Loans can be refinanced. If you pass up buying a strong business waiting for the perfect conditions, you’ll miss the opportunity, and the business will likely be off the market for nearly a generation.

Dave Driscoll is president of Metro Business Advisors, a mergers & acquisitions, valuation and exit/succession planning firm helping owners of companies with revenue up to $20 million sell their most valuable asset. Reach Dave at [email protected] or (314) 303-5600.  www.MetroBusinessAdvisors.com

Seller Financing Benefits Both Buyers And Sellers of Small Businesses 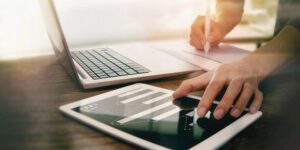 to receive notices of business listings and tips for building business value.